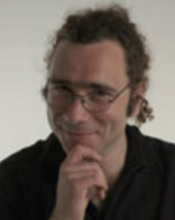 Lucas Thorpe is an assistant professor in the Philosophy department at Boğaziçi University, Istanbul. I have also taught in the philosophy departments at Bilkent University and St Andrews University. I received his Phd from the University of Pennsylvania, working with Paul Guyer. I work mainly on Kant and early modern philosophy and on contemporary ethics, political philosophy, and ethics.My research on Kant has focused on the relationship between Kant's logic and metaphysics on the one hand and his ethics and political philosophy on the other. I argues that in order to understand Kant's ethical idea of a Realm of Ends, and his account of a state governed by juridical laws, one must understand his logic and metaphysics. I argue that Kant originally developed his conception of these ideals in his pre-critical metaphysical works. In these earlier works Kant tried to produce an account of how a collection of individuals (monads) can really interact. His answer was that such individuals can only really interact if they are members of a world, and a collection of individuals can only constitute a world if each individual member of the world is the source of the laws that provide the world with its unity. That is, Kant came to conclude that only autonomous individuals can really interact. These early metaphysical concerns about interaction are one of the main sources of his mature ethical and political ideals.I have broad interests in Kant and have more than 10 papers on various aspects of Kant's philosophy that I am currently working on - including papers on: Kant's moral psychology, impossible ideals, the Second Analogy, the relationship between ethics and politics, the distinction between intelligible and empirical character, how good people can do evil, recognizing the humanity of others, animal maxims, existence, the Amphiboly, love and reason in Kant, Kant's particularism and against a constructivist reading of Kant's ethics. This coming semester I will be teaching a graduate seminar on 'The Later Kant'. In this seminar we will rad a number of texts from the 1790s including the Critique of Judgement and the Metaphysics of Morals.In terms of contemporary epistemology my main interests are in the Pittsburgh school (Sellars, McDowell and Brandom), and the 'Knowledge First Tradition' currently advocated by Tim Williamson. In addition to my Kantian interestes, I am also interested in the British realist tradition running from Reid, through Hamilton and a number of unjustly forgotten 19th century figures, through Cook-Wilson, Moore, Prichard and Price. Members of the Pittsburgh school and Tim Williamson are themselves part of this tradition. I am currently working on a project in which I argue that knowledge does not entail belief. I am also becoming increasingly interested in empirically informed epistemology and philosophy of mind. I have recently taught graduate seminars on 'Contemporary Kantian Epistemology' and 'Knowledge and Belief', and am running a research project on: "The realist tradition from Kant and Reid to Sellars, Williamson and McDowell'. As part of this project I organize a weekly reading group and have a number of visitors. The most recent visitor under ths project was Timothy Williamson.In political philosophy my main contemporary interest is in the liberal tradition influenced by Kant and the social contract and natural law traditions. This includes an interest in the works of John Rawls. I also have a side interest in contemporary Islamist political philosophy, and have a long paper on Qutb and Aquinas that I have been working on for too long.My interest in contemporary ethics is primarily focused on contemporary Kantian ethics. I recently taught a graduate seminar on 'Contemporary Kantian' ethics focusing on the works of Rawls, O'Neill, Korsgaard and Herman which focused on recent debates between realists and constructivists. He is also increasing interested in the 19th century realism.